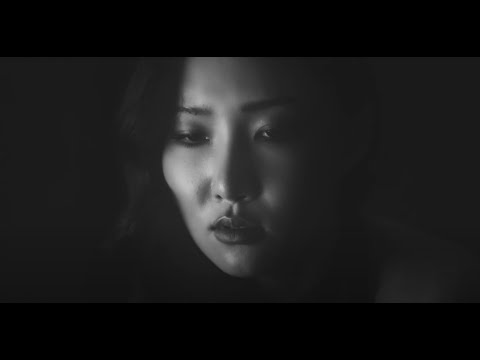 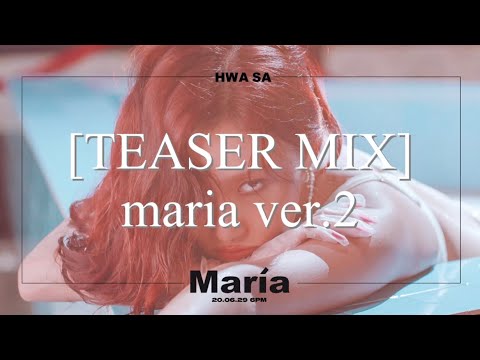 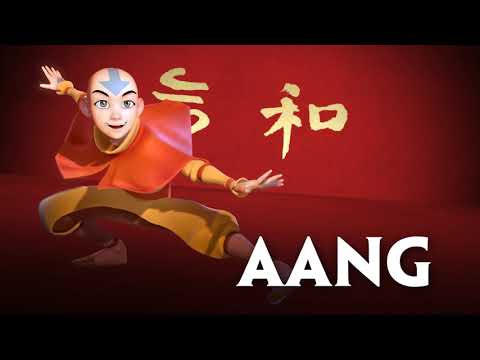 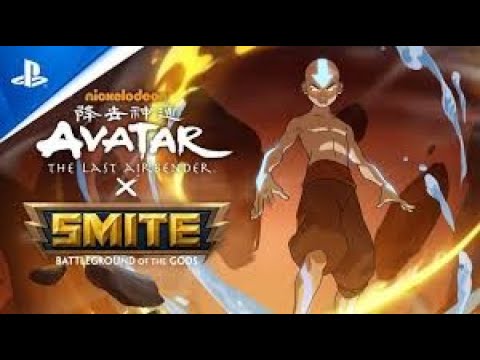 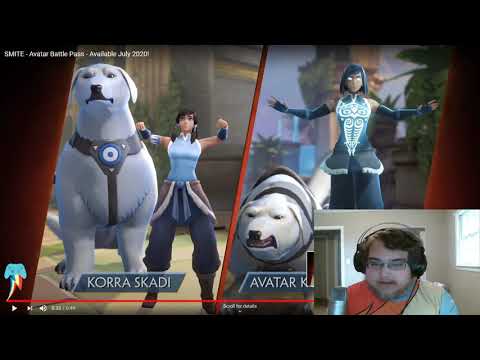 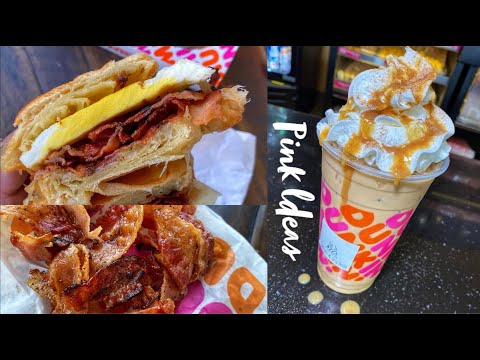 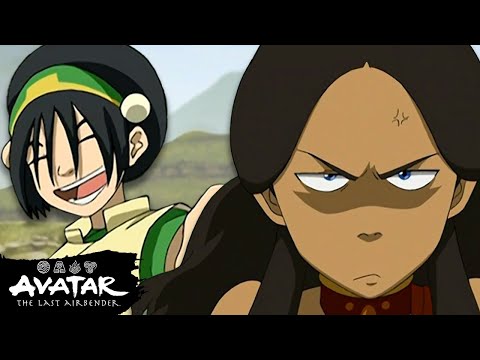 Toph's Most Earth-Shattering Nicknames EVER ⛰🗣 | Avatar 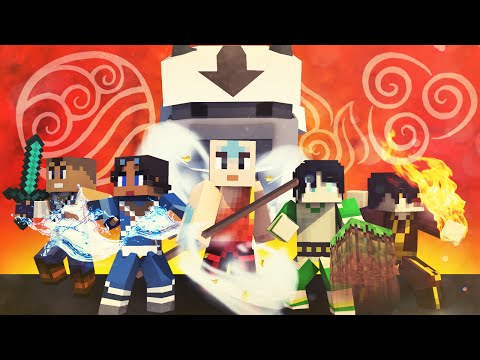 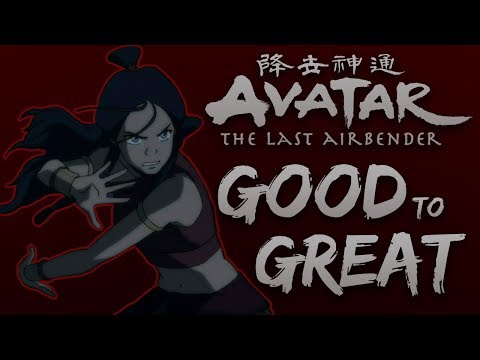 How Avatar the Last Airbender Went From Good to Great 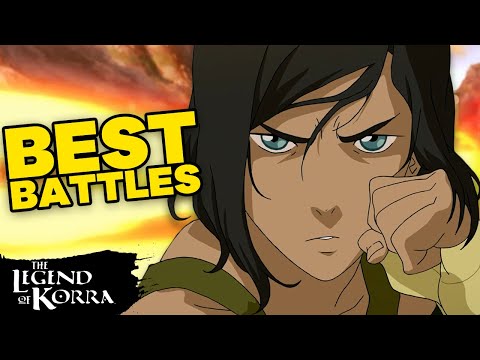 Korra's BEST Battles of All Time 🤜🌊 | Legend of Korra 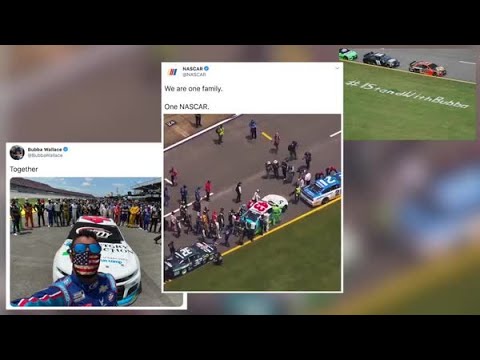 NASCAR rallies around Bubba Wallace after noose incident at Talladega

NASCAR drivers and crews rally around Bubba Wallace in a powerful display of support and solidarity after a noose was found in the driver’s garage. 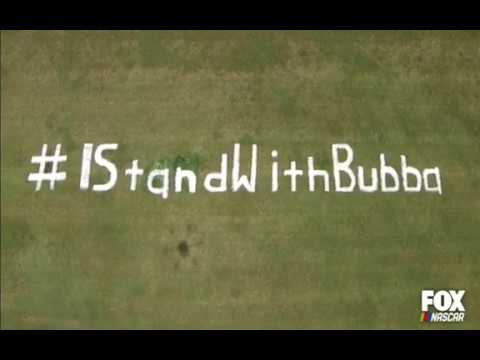 Bubba Wallace getting pushed to the front at Talladega 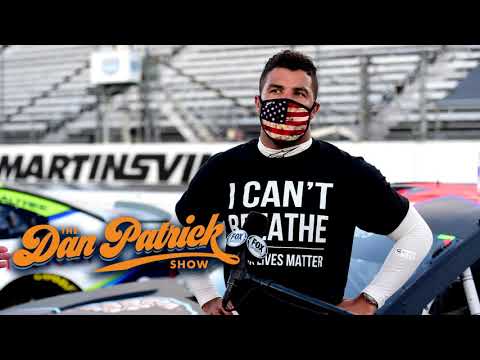 DAN PATRICK SHOW – NASCAR has confirmed that a noose was found in the garage stall of the 43 team of Bubba Wallace at Talladega, Alabama. Wallace is the only Black driver in the Cup Series. Dan Patrick is disgusted at the act and hopes for justice. 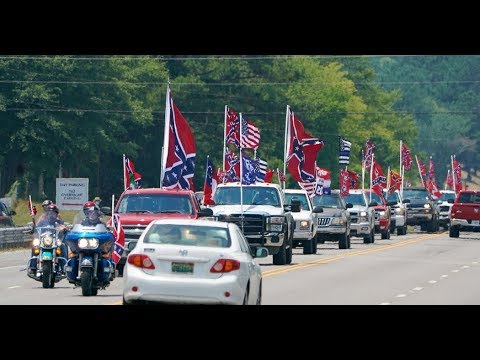 Abiding by the Confederate Flag Ban Inside Talladega Grudgingly

TALLADEGA, Ala. — Race fans in Alabama bristled on Sunday under NASCAR’s Confederate flag ban. But they weren’t willing to go to war. In the first real test of the ban, enacted this month, a reduced crowd attended a Cup Series event at Talladega Superspeedway, one of NASCAR’s most culturally Southern tracks. Inside, spectators abided by NASCAR’s rules. Everywhere else, though, many of them waved the battle flag. Before the event, for instance, a small plane circled the speedway towing an enormous Confederate flag and a banner that read, “Defund NASCAR. ”Hundreds of cars adorned in battle flags assembled off site, then formed a two-mile caravan and drove past the track entrance in protest. “The idea is to do it when people are trying to get in the gate, ” said Johnny Wilson, 47, one of the caravan’s participants. He drove a Dodge pickup with Confederate flags flying from two tall poles in the back. In the end, though, nature rendered the conflict pointless: Rain and lightning led organizers to postpone the race until Monday afternoon. Soaked fans huddled under the grandstands before finally heading home. NASCAR banned the flag on June 10, saying it was “contrary to our commitment to providing a welcoming and inclusive environment for all fans, our competitors and our industry. ”Caravan participants objected to what they saw as an opportunistic decision by NASCAR, Wilson said. “With everything going on in the world, they’re just trying to get attention for themselves, ” he said. Inside the speedway, though — before the storm arrived — fans seemed to acquiesce to NASCAR’s wishes. Wilson, for instance, furled his flags before driving into the track’s parking lot. “I’m going to respect what NASCAR says because I’m a race fan, ” he said, and shrugged. He also, paradoxically, wore a hat celebrating Darrell Wallace Jr., 26, the racecar driver known as Bubba who is the only African-American driver in the sport’s top tier. Wallace, an Alabama native, instigated the flag ban by calling for it amid protests about racial injustice in the United States and the rest of the world, after the death of George Floyd in police custody in Minneapolis. He also changed the paint scheme of his racecar to feature #BlackLivesMatter logos. It was a subversive move. The paint jobs of stock cars are unique in sports because NASCAR fans do not passively absorb brands — they actively support them. If a favorite driver is sponsored by an energy drink, for instance, or a washing detergent, race fans will seek out those brands. After Wallace’s call, NASCAR made its announcement banning the flag. Some fans were furious because they see the flag as a part of their Southern heritage — not as a symbol of racism. NASCAR hasn’t always embraced its new spirit of inclusiveness, but in recent years its fortunes have declined. In 2013, for instance, when Danica Patrick started on the pole, the Daytona 500 drew 16. 5 million television viewers.

All data is taken from the source: http://nytimes.com
Article Link: https://www.nytimes.com/2020/06/21/sports/autoracing/talladega-nascar-confederate-flag.html

Abiding by the Confederate Flag Ban Inside Talladega Grudgingly: https://www.youtube.com/watch?v=ErEz4teApUk 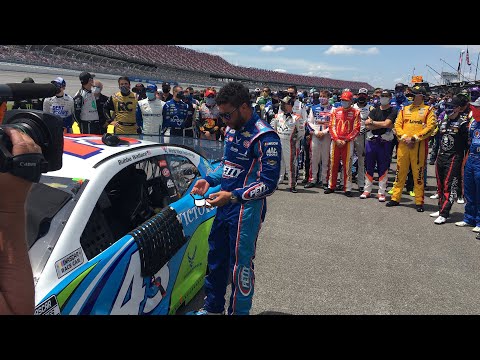 Check out my Patreon page and get YOUR name on THIS WEEK IN RACING: https://www.patreon.com/user?u=5599217 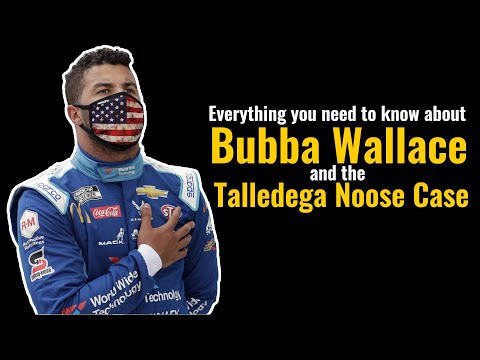 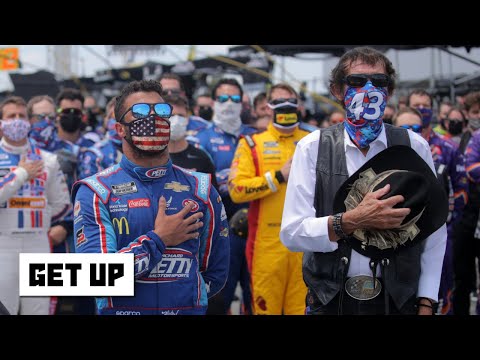 Marty Smith joins Mike Greenberg on Get Up to discuss NASCAR drivers uniting around Bubba Wallace and pushing his car down pit road before the race at Talladega Superspeedway. 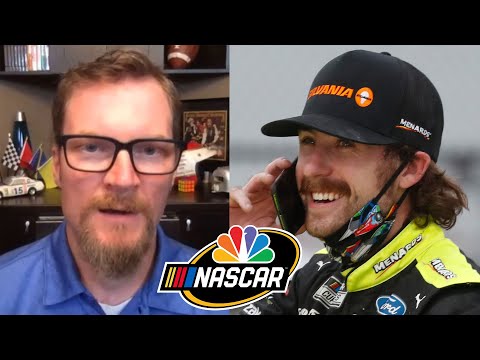 NASCAR America reviews the moment of solidarity for Bubba Wallace prior to the Talladega Cup race, salutes the speed of Ryan Blaney and Team Penske, and analyzes the performance of the underdogs and the exciting finish. #NBCSports #NASCAR #NASCARAmerica
» Subscribe to NBC Sports: https://www.youtube.com/nbcsports?sub…
» Watch Live Sports on NBCSports.com: http://www.nbcsports.com/live
» Get more NASCAR news on NBC Sports: https://www.nbcsports.com/nascar 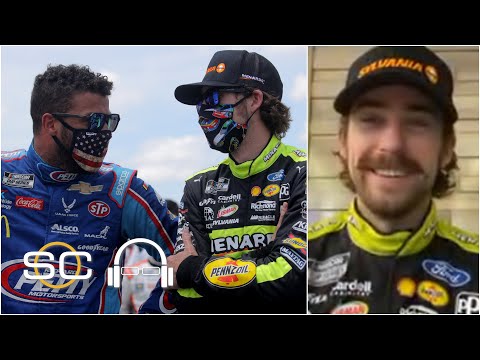 After winning the GEICO 500 at Talladega Superspeedway by just 0.007 seconds, Ryan Blaney joins Scott Van Pelt on SportsCenter to talk about his thrilling victory and his thoughts on how NASCAR galvanized around Bubba Wallace the day after a noose was found in his garage stall.

After winning the GEICO 500 at Talladega Superspeedway by just 0.007 seconds, Ryan Blaney joins Scott Van Pelt on SportsCenter to talk about his thrilling victory and his thoughts on how NASCAR galvanized around Bubba Wallace the day after a noose was found in his garage stall. 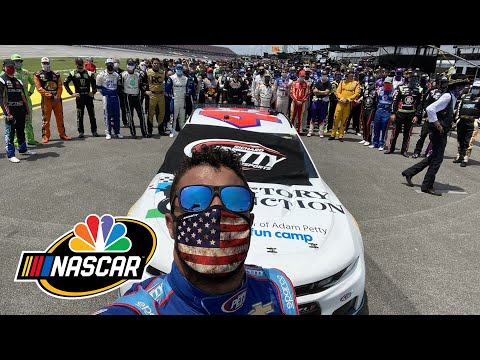 Relive the action from the Geico 500 at Talladega Superspeedway, where Ryan Blaney edged Ricky Stenhouse Jr. at the finish line, while Bubba Wallace received an outpouring of support from his fellow drivers. #NBCSports #NASCAR #Geico500 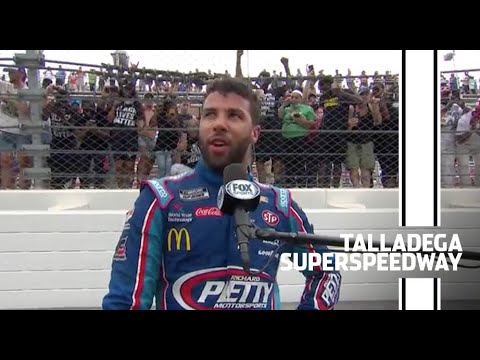 Wallace with fans after 'Dega: 'You're not going to take away my smile' | Talladega Superspeedway

Bubba Wallace walks to join fans after Monday’s race at Talladega Superspeedway and describes his last 24 hours.
———-
Subscribe to NASCAR on YouTube: https://nas.cr/youtube

Shop for your favorite NASCAR gear, diecasts and more: https://nas.cr/store 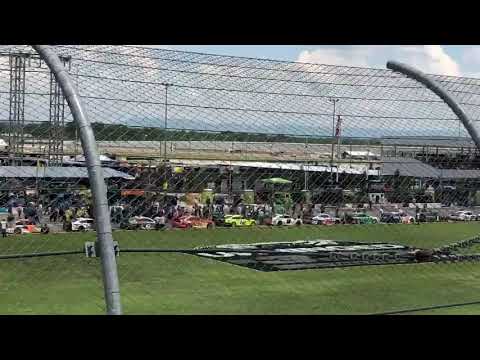 Raceday in Talladega, Alabama saw all crews and drivers pushing driver Bubba Wallace’s car to the front of the grid for pre-race ceremonies, in a show of solidarity.

An exciting finish to the Geico 500 at Talladega as cars wreck to the finish line in an incredible photo finale.

Credit to FOX, NASCAR, twitch.tv/gotocent, others… 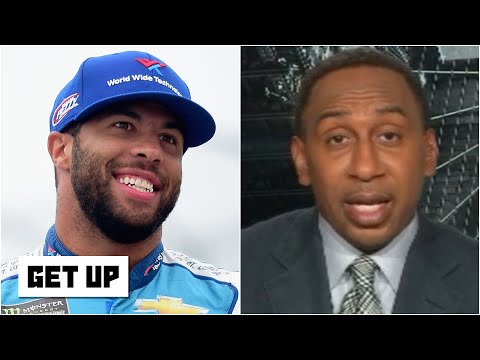 Stephen A. weighs in on NASCAR drivers supporting Bubba Wallace at Talladega | Get Up

Stephen A. Smith and Jay Williams join Mike Greenberg on Get Up and react to NASCAR drivers standing up and supporting Bubba Wallace before the race at Talladega Superspeedway.
#GetUp #NASCAR 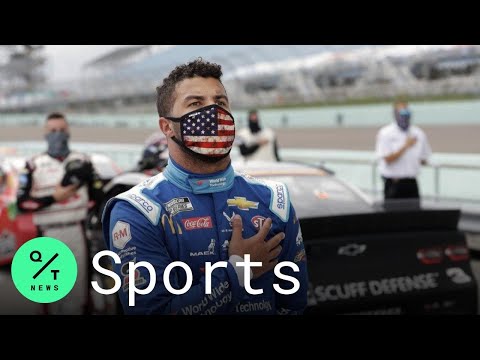 NASCAR President Steve Phelps said on Monday that the FBI will be investigating the discovery of a noose found in the Talladega Superspeedway garage stall of Bubba Wallace.

Wallace is NASCAR’s only Black full-time driver who successfully pushed the stock car series to ban the Confederate flag at its venues less than two weeks ago.

“Birmingham office of the FBI, and they are currently on site and they’ve started their investigation,” Phelps said during a teleconference call.

“You know, obviously, this is a very, very serious act and we take it as such. We will do everything in our power to make sure that whoever has committed this act comes to justice and comes to light,” he said.

U.S. Attorney Jay Town also confirmed that the FBI and the Justice Department’s Civil Rights Division were involved in the investigation.

Phelps said the noose was found Sunday afternoon by a crew member he did not identify and security as notified.

He said security had been stepped up and the FBI was “currently on site” at the track, just two hours before Monday’s postponed race.

The stock car series, founded in the South more than 70 years ago, has tried to distance itself from the flag for years at the risk of alienating a core group of its fan base.

At Wallace’s urging, it went ahead with the ban as the nation grapples with social unrest largely tied to George Floyd, an unarmed Black man who died in the custody of Minneapolis police.

NASCAR has not outlined how it will enforce the restriction and this week’s race at Talladega, in the heart of the South, presented the series with its biggest test in the early going.

Disgruntled fans with Confederate flags drove past the main entrance to the Alabama race track prior to Sunday’s race, while a plane flew above the track pulling a banner of the flag that read “Defund NASCAR.”

QuickTake by Bloomberg is a global news network delivering up-to-the-minute analysis on the biggest news, trends and ideas for a new generation of leaders. 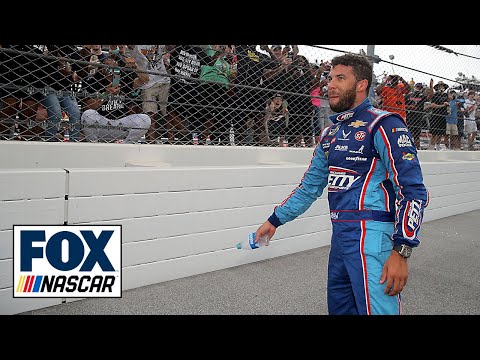 NASCAR Race Hub reacts to the news that the FBI revealed from its investigation that there was no hate crime committed against Bubba Wallace at Talladega Superspeedway.

About NASCAR on FOX:
Your home for NASCAR on FOX, from Raceday to Radioactive and all of the racing action in between.

NASCAR drivers rally around Bubba Wallace at Talladega: "We want to stand with our friend"

NASCAR drivers and crew members sent a powerful message to the world on Monday: “We stand with Bubba Wallace.” The show of solidarity came a day after NASCAR announced that a noose was discovered inside Wallace’s garage stall at Talladega Superspeedway.  A massive crowd pushed and followed Wallace’s No. 43 car as he sat in the driver’s seat during pre-race activities.  Wallace, NASCAR’s only full-time black driver, then exited the car and embraced Hall of Fame driver Richard Petty, who owns the team Wallace races for and had not attended a race during the coronavirus pandemic. “The drivers feel very strongly that they want to show their support of Bubba,” NASCAR president Steve Phelps told reporters. “He’s a member of the NASCAR community. He’s a member of the NASCAR family.”  The crowd stood beside Wallace during the national anthem. Wallace tweeted a selfie he took on the track of the moment, writing, “Together.” Jimmie Johnson, in an interview on Fox before to the race, explained … 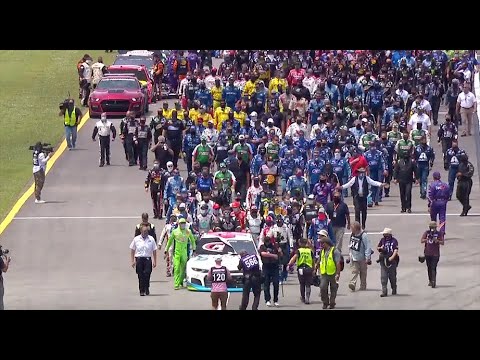 Watch as NASCAR drivers and teams unite around Bubba Wallace as they push his No. 43 car down pit road at Talladega Superspeedway as a sign of solidarity.
———-
Subscribe to NASCAR on YouTube: https://nas.cr/youtube

Shop for your favorite NASCAR gear, diecasts and more: https://nas.cr/store