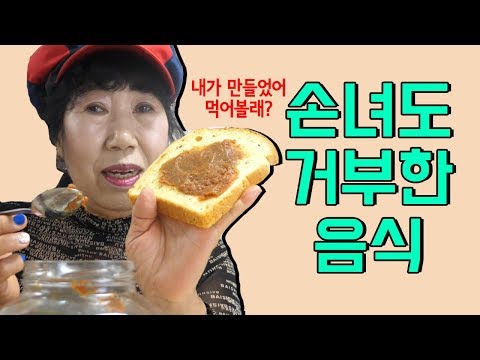 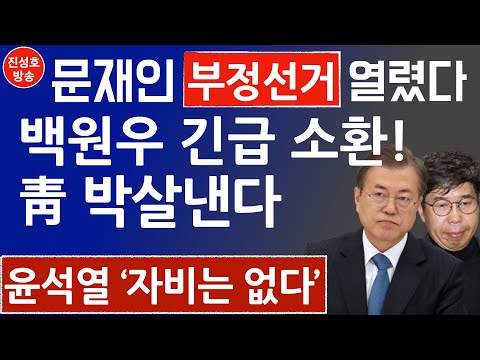 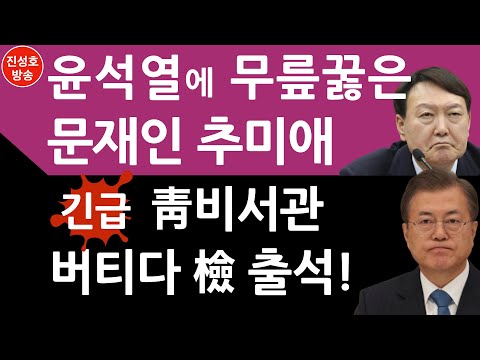 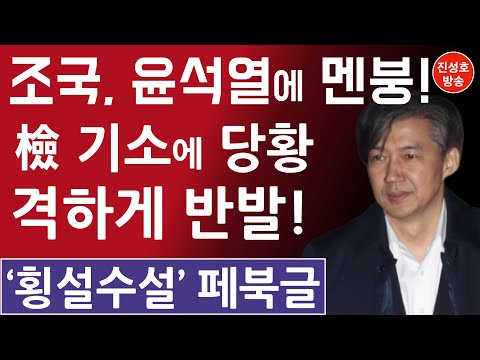 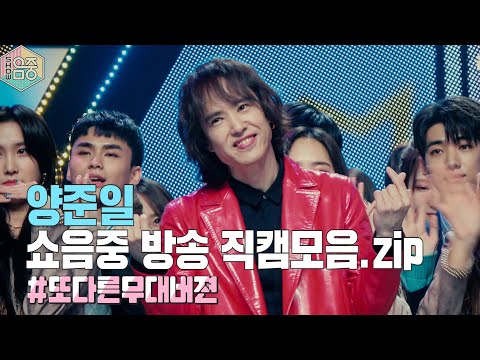 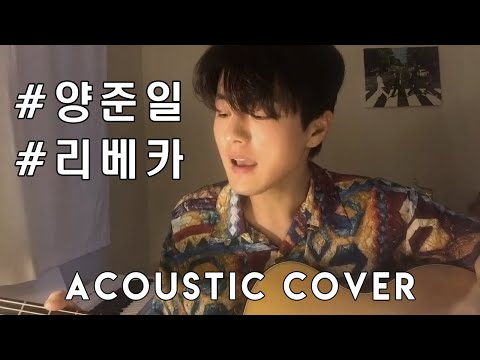 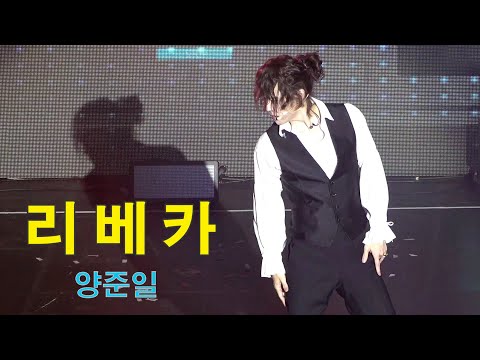 A Fan’s Dilemma: On Molka and Sexual Violence

This year has presented a number of difficult choices for fans of Korean entertainment. An arena many people look to for an escape from the harsh reality of life has revealed it is no exception from the issues of the world.

The seamy underbelly of the entertainment industry has been exposed to the world, in many ways tainting fans’ consumption of the art created by the people it involves. The Burning Sun saga has unfurled to bring attention to multiple issues within South Korean society. One of the rotten branches of this tree of corruption turned the world’s gaze on one persistent problem: spy-cam pornography.

Spy-cam pornography or “molka” is the practice of taking photographs or videos of someone and distributing them without consent. The material is sometimes sexual, always invasive, but not always of an explicit act or situation.

The language around this issue has been contested as the term “molka” refers to a hidden camera prank show aired in the 90s and pornography implies performance and consent. Both these terms do not accurately denote the criminal and immoral nature of the offense. Korean feminists and researchers have instead, named the practice of the production and distribution of such illicitly recorded material as “digital sexual violence”.

International media houses tend to focus on the public bathroom videos and tiny cameras installed in hotel rooms but these are the tip of the iceberg. Headlines screamed this month about two men who were arrested after they hid 1mm lens cameras in 42 rooms of 30 hotels in 10 cities in Korea. About 800 videos were streamed online for subscription customers over a period of five months. This case and countless others are held up as horror stories to tourists, scaring with the prospect of being filmed during an intimate moment. The reality, however, is that the majority of victims of such crimes are local women and most are doing something as innocuous as riding the train.

The National Human Rights Commission of Korea (NHRCK) released a report on women’s rights which described more than half of reported illicit material as being recorded on public transport or on the street by strangers. Among the cases of illegal recordings made between 2006 and 2016, 98.3% of the victims over that period were women. The report said, “this showed women were not safe in public spaces.”

The increase of spy-cam crime has been the most dramatic of all recorded sexual crimes in the country, with police recording a seven-fold increase over ten years from 3.6% to 23.9% of all sexual violence cases. A report by The Washington Post puts the number of recorded perpetrators as over 95% being male.

While the arrest rate for the people who commit this particular crime is high, only about a third make it to court. Year on year since 2010, the number of charges faced by people who committed these crimes have decreased. In 2015 the number of indictments for spy-cam crimes had dropped to half of the rate in 2010. South Korean president Moon Jae-in acknowledged that illicit filming has become a “part of daily life”.

This problem is widespread, long established, pervasive, and it is unlikely to be going away any time soon. Korean women have drawn attention to it publicly and now, with several high profile cases, it seems to be a watershed moment. President Moon ordered thorough investigations of scandals involving celebrities and a former ranking Ministry of Justice official.

One of these scandals involves Jung Joon-young, who was revealed to have shared multiple videos of sexual encounters in a group chat with other celebrities. Police said the musician and television star recorded at least 10 women between 2015 and 2016 without their consent. He had previously been arrested on a similar charge, involving an ex-girlfriend in 2016.

“I admit to all of my sins,” the 30-year-old said in a statement. “I filmed women without their consent, shared the videos in an SNS group chat and did such behaviour without feeling any sense of guilt.”

“Most of all, I kneel down to apologize to the women who appear in the videos and all those who might be disappointed and upset at this shocking incident,” Jung said. “I’ll repent for my unethical and unlawful behaviours, which constitute criminal acts, for the rest of my life.”

The difficulties of prosecuting these criminal acts are manifold. South Korea has specific laws geared towards prosecution of illicit filming, namely the Punishment of Sexual Crimes Act, where people are forbidden from using cameras or similar recording devices to capture without consent another person’s body part that could create embarrassment or shame of a sexual nature. It is also illegal to sell, distribute, lend or display in public those images without consent.

People found guilty of contravening the Act could be imprisoned up to five years or fined 10 million won. If a victim consents to being recorded or photographed, the person still violates the law if they distribute the materials. The difficulty in prosecuting this crime, police say, is the sheer volume of anonymous postings on websites and social media, as well as private distribution through message groups like the now infamous group chat.

63 operators of the site were arrested in 2004, but the next giant crackdown only resulted in eight arrests in 2015. One of the men arrested posted over 600 videos. Soranet was eventually shut down in 2016 with assistance from US law enforcement. One of the founders was sentenced to four years in prison for aiding and abetting distribution of obscene material. The Seoul Central District Court fined the 46-year-old woman 1.4 billion won ($1.25 million) and ordered her to attend 80 hours of sexual violence prevention education. While one of the founders faced consequences, three others remain at large. With smaller porn providers and private distribution, the rot is set in.

Of the thousands of videos and photos that exist, in every sphere of society, the people who view them enable the environment where women are violated. Women who report men committing such violations may see arrests, but the perpetrators are unlikely to face heavy punishment for their actions, legally or socially.

Thinking about the victims of such crimes and their unfavourable prospects for justice is heartbreaking. The legal system and society are not tilted in favour of women or of victims of sexual violence. The World Economic Forum ranked the country 116th out of 144 countries in gender equality. In a survey of 2,000 South Korean men by the Korean Institute of Criminology, nearly 80% said they had physically or psychologically abused a girlfriend. It is a bleak situation for most of these women that sometimes end in tragedy.

The case of one of the highest profile victims of sexual abuse in recent memory, Jang Ja-yeon, is being reinvestigated. Jang committed suicide in 2009 after leaving four pages of her last words listing the names of prominent politicians, business moguls, the publishers of major newspapers, and influential figures in show business with whom she was forced to have sex.

International K-pop fans may feel very disconnected from the seriousness of the situation. Reading perfunctory and contrary versions of the news implicating people associated with happiness is a confusing exercise. Fans may be tempted to read and disseminate the version of events they hope are true as opposed to reliable sources. It is not surprising they might want to react defensively in the absence of absolute knowledge.

One of the most disheartening responses I have witnessed in international fan discussions is the almost desperate clamouring for any excuse to separate the entertainer in question from legal culpability. The attitude seems to be that if he (and it is most commonly a man) has not broken any laws, then he has not done any wrong. The problem of digital sexual violence is not only a legal conundrum to be solved by technicalities. To place uncritical faith in the just application of the law is to ignore not only history but also the present.

It is a moral and ethical issue with which every community that enables it must grapple with. Society must look at ways to make it easier for victims to find justice and for perpetrators to be brought to account. Harassing victims, obliviously supporting alleged perpetrators, and dismissing the seriousness of the situation all make it more difficult for justice to be served. The entertainers who have silently watched as women around them continue to be victimised are not legally liable for the crimes of people who were caught, but they are collaborators in a system that makes it easy for such crimes to be committed and for these perpetrators to roam scot-free.

Every fan is faced with the decision as to whether they want to be associated with these men. Conscience is derived from the Latin word conscienta meaning “knowledge within oneself.” The support of men associated with sexual violence will not be checked by society at large; it is largely a matter of conscience. No one is monitoring streaming services or merchandising sales to punish consumers. It is my hope that international fans realise their voices, money, and attention empower the people they bestow them on and in such knowledge, use their given power with care.